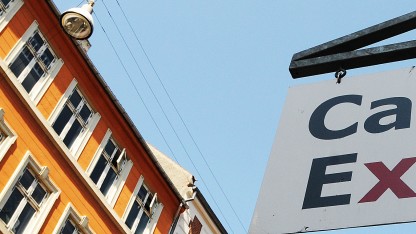 Here you find the story about Café Exit told in english.

Café Exit is an association targeted at people released from prison and at prisoners, who during imprisonment have decided to make a fresh start. The work consists of a number of different initiatives:

• talk therapy with therapist or psychologist

The aim is to create new networks and help prisoners and released people to live an active life without crime.

The Café Exit-approach – a holistic and customized effort

Café Exit aims to help each person as a whole. It is not just a question of getting a job, a new network or a place to live. The purpose is to help the individual to take the responsibility of his or her own life and pick up the challenges of life.

The Café Exit-approach is developed through the experiences of the last 4 to 5 years. It involves a holistic and customized effort based on the actual situation, requests and skills of the individual subject. This will often be a combination of a social effort with an effort of employment guidance helping prisoners and released persons to get a job or begin an education.

From the very beginning voluntary work has been essential in Café Exit. For prisoners and released people it is important  that someone will spend time on being together with them, such as drinking a cup of coffee together, go fishing, play football, or create jewellery and other creative activities, which is in focus in Café Exits club for women.

Volunteers also make an invaluable effort as mentors in the mentoring arrangement of Café Exit.  Mentors spend several hours every week to support released persons for example in writing letters or job applications or to hold on to their decisions about getting an education or show up at work.  Often an mentor will be a companion for the released person in meetings with local authorities or the bank.

Café Exit have a group of therapists and psychologists, who offer counseling and talk therapy on a voluntary basis.

During the month a number of activities are to a great extent run by volunteers:

· Mondayclub: Every monday evening a club is organised and is comprised of prisoners with permission for a leave, released persons, volunteers and employees, who meet for a cosy chat, drink coffee, play games, prepare food and eat together.

· Club for women: Twice each month a club for women is organised in a nearby prison in cooperation with the Prison Chaplain (a woman).

Once every month a cultural event takes place, called culture-afternoon. Fangekoret (a male choir consisting of prisoners and released people) gives concert, and the members tell their stories. They have long sentences and have made the choice to live a life without crime. Other music-features will often take place, and there is time for cosy chat and eating together. The participants are prisoners with permission for a cultural leave, groups of prisoners taken there by their local Prison Chaplain, released people, relatives, volunteers and employees.

Café Exit was founded as an association in 2007 on initiative of the choirmaster of Fangekoret from Vridsløselille Statsfængsel (a state prison), the Prison Chaplains in Vestre Fængsel (a custody prison) and the pastor from a local church, Apostelkirken.

Some of the activities were already started as primarily voluntary work the year before the association was formed. But in 2008 the growth of the work accelerated, when funds made it possible to employ a leader and an employee.

The funding of the work has from the very beginning been raised through public and private funds. Since 2011 Café Exit has sold counseling cources to local authorities and job centres. During these projects released people are guided by a mentor, and they are offered guidance about education and job opportunities plus support in solving social problems.

Café Exit is a church-based social project offering opportunities and giving new hope to prisoners and released prisoners. In the community the individual can gain insight and develop abilities that can help him or her to take on the responsibility for his or her own life, break former patterns and become a member of the society.